What is the modern interpretation of the of city Seattle? For many, the prevailing stereotype is a city perpetually shaded in rain clouds full of tech geeks, hipsters, and European Christians who settled in masses. In fact, Priceonomics wrote a piece ranking cities of comparable size within the U.S. and Seattle, right now, is ranked the 5th whitest. You can read their article here: https://priceonomics.com/how-diverse-is-your-city/ 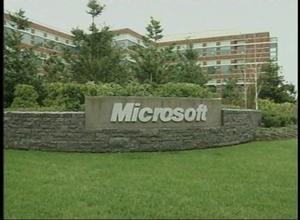 The Pacific Northwest, being a place of great ecological diversity and opportunity, offered a perfect building place for society. However, before the first pioneers would ever discover this, various Native American tribes called the area home for hundreds of years. Where the city now sits, as well as the greater Pacific Northwest, was inhabited by the  Suquamish, Duwamish, Nisqually, Snoqualmie, and Muckleshoot Tribes all of which are pictured in the gallery below.

Looking into the namesake of the city provides a unique insight into the city's native past. The city of Seattle was named after Chief Seattle, who was the leader of both the Suqamish and Duwamish tribes. He helped unite the two tribes and was the first leader to emphasize the need to work together with the pioneers. He famously delivered a speech in which he discussed the importance of the land and nature both the natives and the settlers call home. While the exact manuscript of what Chief Seattle said has since been lost, the spirit of caring for the environment still prospers throughout the city today.

The first pioneers came to the Seattle area in 1851 and established a town they called "New York" near what is now Alki beach. Slightly after this, the pioneers moved across the Puget Sound and settled into what is now the Pioneer Square neighborhood, to leverage the more abundant resources and better geography. The city of Seattle was officially founded in 1851.

What kept the small pioneering town viable was the profitable logging industry, abundant fishing, and the hope of a transcontinental railroad linking Seattle the rest of the country. Below are images of Alki Beach, Pioneer Square, and photographs of many of the original settlers years after the rough-and-tumble pioneering days of Seattle.

With the hard-work of the pioneers, the area around Pioneer Square quickly evolved from a small outpost to a forming city. In this time, Seattle took great strides in both modernizing its way of life and broadening its population.

The lifestyle of Seattle's population began to drift away from its roots as a pioneering town with the founding of the University of Washington, the building of the Smith Tower (tallest building west of the Mississippi when constructed), the creation of a new ferry system, and the overall development of infrastructure after the great Seattle fire in 1889.

Pioneer Square, Seattle, ca. 1912
Webster & Stevens
Pioneer Square, Seattle, ca. 1912
This photo looks north on First Avenue from Yesler Way and shows Pioneer Square when it was still a vital part of Seattle's commercial life. The buildings seen across the square include, left to right: the Lowman Building, the Lowman and Hanford Building, the Howard Building and the Pioneer Building. The Hoge Building towers over them on Second Avenue.
Webster & Stevens

During this time, Seattle also took many steps (and step-backs) in terms of its diversity. Many immigrants from all around the world settled into the developing city. Large populations of Scandinavians, Chinese, and Japanese all settled throughout the city. The economic boom in shipbuilding brought in many of these groups and most were able to make a fair living in the city. Many of these Chinese, Japanese, and soon to arrive Vietnamese populations would settle in the SoDo neighborhood of Seattle and later establish the International District. However, during WWII, in one of Seattle's darkest turns its diversity began to develop. Thousands of Japanese-Americans living throughout the city were rounded up and sent to internment camps to avoid the possibility of spying when at war with Japan. Yet while they were gone, the city continued to flourish and the Japanese populations were forced to start again from nothing after the war.

The World's Fair, held in Seattle in 1962, brought on what is now considered stereotypical Seattle. The fair emphasized technology and the coming of "the new world". It saw the construction of the Space Needle, Key area, and Seattle Center. All of which still stand today. This event is responsible for marketing the city to the world as a scientific community which brought with it lots of rich, educated, and largely white families. Setting up the Seattle so many think they know today.

After the World's Fair, Seattle was credited for "inventing the future". This theme continued long after the aftermath of the World's Fair and carried on into the 80', 90's, and even today. This spirit of inventiveness, innovation, and futurology have brought rise to one of the U.S.'s largest tech bubbles. Today, Seattle is home to headquarters for Microsoft, Facebook, Amazon, and many small start up companies.

Because of the emerging tech bubble, many of Seattle's long time resedents as of the 80's and 90's have been pushed out of their homes. As the cost of living continues to skyrocket and these companies continue to buy up land for office space, Seattle has fallen vicitim of a horrible homlessness crisis. Specifically, the neighborhoods of SoDo and Bell Town have been effected and, disporpotionate amounts of minorities, youth, and sick have fallen victim .

Capitol Hill as of the late 70's and early 80's, is one of Seattle's most vibrant and diverse neighborhoods. The culture of Capitol Hill is built around both the thriving music scene, food, and the popularity of grunge and counter-culture movements. Many gay and lesbian couples call this neighborhood home and many of the sidewalk paint is actually painted rainbow colors. It is also the site for many gatherings and protests in the city.

Seattle indeed does have issues with its diversity. The statistics do not lie. Seattle is one of the whitest cities in the country. Seattle today is also struggling with a brutal homelessness crisis and many of its tech companies struggle with diversity internally. However, lots of the colorful history of the city, is often overlooked. Many fail to acknowledge the cities vibrant Asian communities in the International District the unique culture that is Capitol Hill, and the native heritage on which the city was founded. The world as a whole is disconnected with what this city truly is. The goal of this archive was to enlighten the city's past and illuminate its true diversity.

―This archival exhibit was created by Nathan Cunningham in Literature and Digital Diversity, fall 2017.